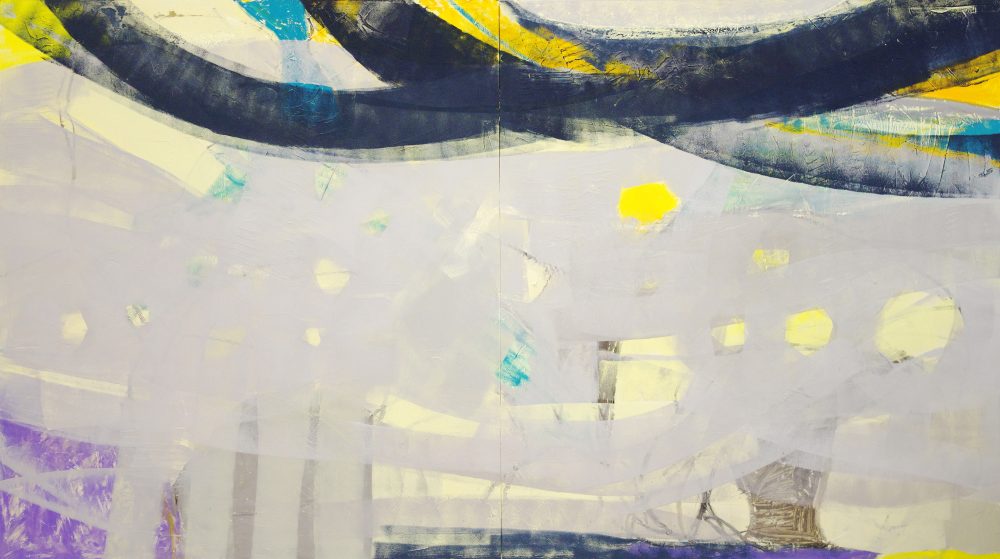 Rachelle Krieger, Imagining the Interconnectedness of All Things (2013), Oil and graphite on board, 54″ x 96″

Mystically inclined modernist painter Hilma af Klint is having a moment — which is somewhat surprising, considering the enigmatic artist died more than 70 years ago. Born in Sweden in 1862, af Klint studied at the Royal Swedish Academy of Fine Arts, in Stockholm, and made her living painting portraits and landscapes. At the same time, she was independently following an unconventional creative path that involved attempting to communicate with other worlds.

Like many artists of her era, af Klint studied spiritualist writings, and in 1889, she joined the Swedish lodge of the Theosophical Society. She and four other artists began meeting regularly to pursue occult practices, including holding séances. They kept notebooks about their experiences and made automatic drawings, letting their hands move randomly across the page, channeling the will of spirits or the subconscious. Eventually, they found six spiritual guides, who in 1904 asked that a series of paintings be made for a temple in their honor. Af Klint took on the commission and began her 200-work series, The Paintings for the Temple (1906–15).

The results were, fittingly, otherworldly. Af Klint’s paintings, made with tempera on paper, were exuberantly colorful and full of richly kinetic forms, both geometric and biomorphic. They were also radically abstract, eschewing representation well before the traditionally credited male pioneers of this style — Piet Mondrian, Wassily Kandinsky and Kazimir Malevich — had their breakthroughs during World War I.

Af Klint was prolific, but she rarely exhibited her pieces; she knew she was onto something new and exciting that the art establishment of her day wasn’t prepared for. She stipulated that her work not be shown until 20 years after her death, which occurred in 1944.

It would be 40 more years before her paintings were shown. More recently, a full picture of her accomplishments has emerged, most notably through the first major solo exhibition of her work in the U.S., Hilma af Klint: Paintings for the Future, mounted at the Solomon R. Guggenheim Museum in New York City in 2018. That show rocked the art world, earning widespread praise from critics and drawing the largest audience in the museum’s history.

Now that af Klint’s work has become more widely known, many of today’s creators have found in her and her oeuvre a wellspring of inspiration. Here are six artists who see her as a heroic figure — perhaps even a spirit guide herself.

Af Klint’s paintings illuminate the “magical nature of reality,” says Rachelle Krieger, whose Imagining the Interconnectedness of All Things, 2013, is seen here. On 1stdibs, her works are offered by Susan Eley Fine Art.

Rachelle Krieger’s paintings evoke the natural world, with sweeping brushstrokes that suggest rock formations, tree branches and wind gusts. In some of her pieces, neon colors vibrate with energy. Her works, she explains in her artist statement, tackle “what’s in flux: sunlight, rain, electrical storms, thunder, wind and air.”

Af Klint’s work, says Krieger, illuminates the “magical nature of reality.” She particularly admires No. 7, Adulthood, from af Klint’s series “The Ten Largest” (1907), which are 10 feet in height and 9 feet wide. The painting, she says, “gives meaning to the stages of life through botanical, fantastical imagery.” After seeing it at the Guggenheim, Krieger painted several pieces featuring biomorphic forms in saturated colors. “I had af Klint in mind and heart,” she says.

Next: “Birdsong” moves to Lakeland, Florida