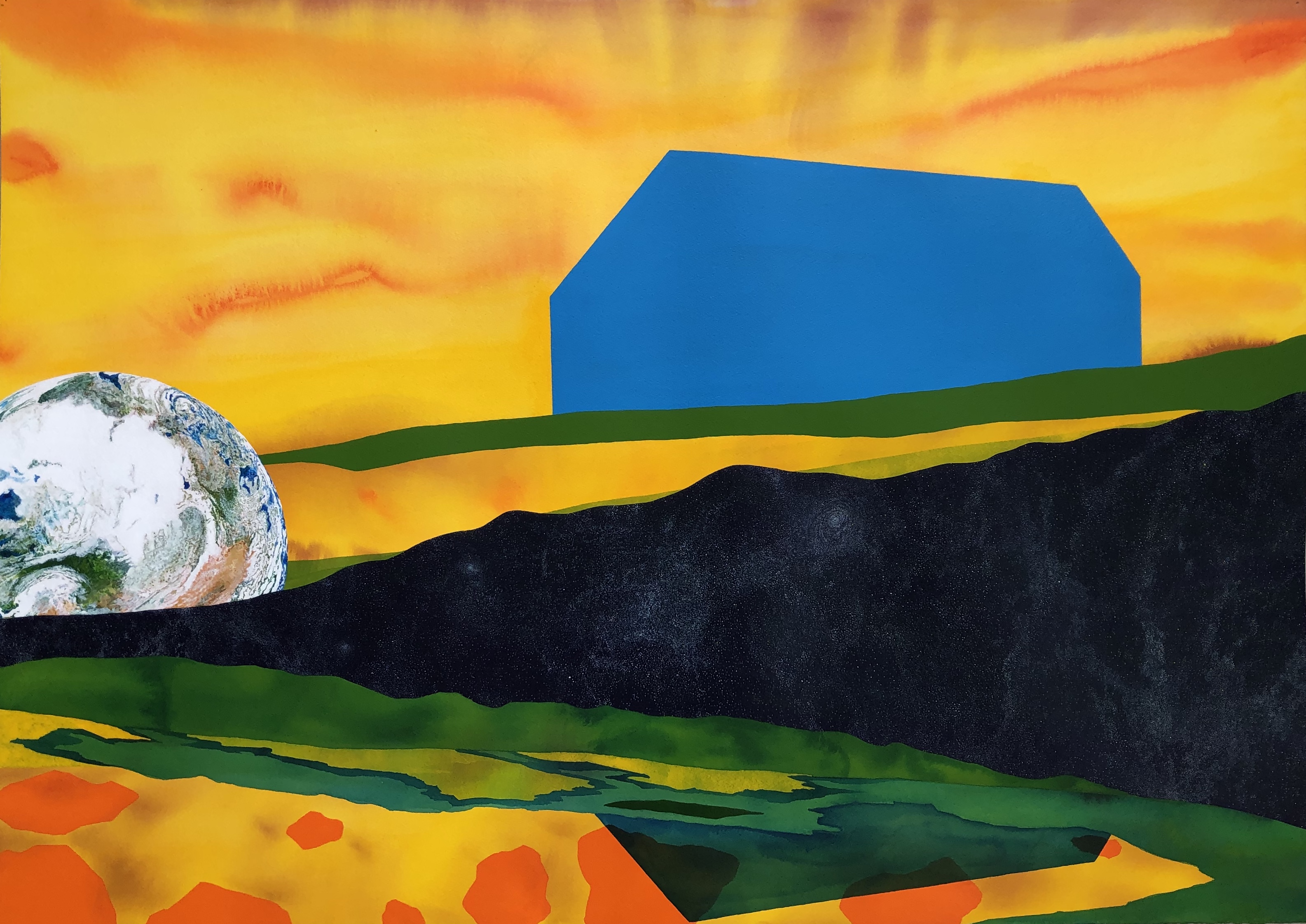 Post-Pandemic Imaginaries is a new column by Pier Luigi Sacco that explores a series of new scenarios by various artists who re-imagined a new collective consciousness after the past lockdown.

Painting is all about misleading the viewer nowadays. The painter’s tactics are to inspire the viewer to be condescending, leading her/him to think s/he is too good for that picture. It’s just a picture like many others, and in the end, what else could it be after centuries of great painting? So you let your guard down and give it just one more glance before looking away. And this is where good painting strikes. Wait, what? Now there is that detail you didn’t get earlier, and, you know, you didn’t expect that. It is really intriguing. What else is there? You start looking at the painting for real, and the game begins.

In this sense, James Isherwood is a master of deception. His graphic imagery, with its hyper-saturated colors, seems tailor-made to grab our sight and take it down a very familiar alley of pleasurable colorscapes, dangerously flirting with illustration art. Its strategy of play apparently shuts down the art viewer’s gaze, inviting us to a more elementary, hedonic form of access. But, as in Gestalt phenomena, in which a sudden shift in perception unexpectedly reveals a brand new pattern where we thought we’d seen everything, this is the moment when Isherwood’s painting kicks in. His apparently familiar images are full of incongruous, unsettling details despite their prima facie innocuous look. You finally realize that underneath the glossy surface of the image, another, skillfully concealed layer has been patiently waiting for your eyes and your mind to focus on this whole time.

The first unsettling element is the absence of human traces, combined with the presence of strange architectural artifacts that, despite their obvious allusion to stereotypical built forms, are clearly not inhabited — or possibly even inhabitable. They are, rather, impenetrable monads, whose relationship with the surrounding natural environment is both entirely necessary and entirely obscure at the same time, such as in Rise (2019). The natural environment itself, once one looks more closely, reveals a composition of “tiles” like windows onto parallel realities, equally uninhabited, distant, and indifferent to our eye. The physical matter of the landscape is, in turn, a montage of decorative patterns and graphic textures like those commonly found in architectural renderings, revealing an artificial, fictional nature. Everything we see is therefore a deceit, as hinted at by Figment (2018). The appearances confound us, and yet they are strangely invigorating. Isherwood’s paintings are promises of a “great beyond,” a prospect that moves us deeply in this brave new world of claustrophobic lockdowns and constrictions to mobility. But such a beyond is not just made of quiet, enchanted, unpopulated expanses, but of expanses within expanses, as in a fractal progression in which, by visually digging in, we find a door to another universe and then a door within the door, endlessly. It is a promise of freedom, but maybe also a subtle trap. It’s the unknown in familiar guise.

Read the full article by Pier Luigi Sacco on flash—art.com

Next: ‘Counterbalance II’ featured on TrixiesList