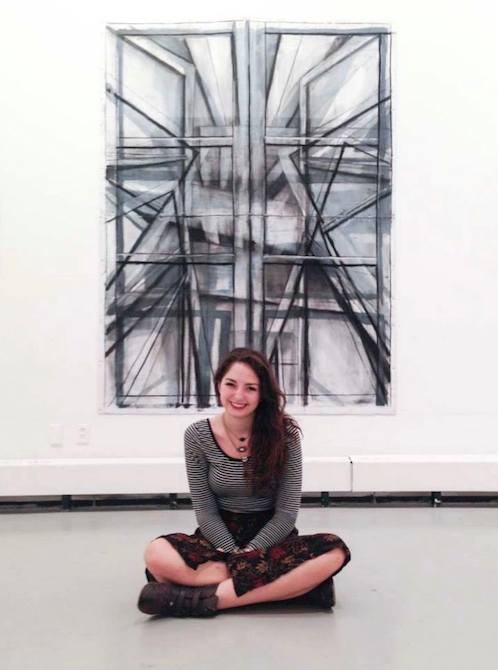 Photo of the Month: October

This photo was taken at the opening for the YSS@ISS show at Yale University, featuring the work of SEFA gallery associate, Alie Smith. Alie and 13 other artists participated in the Yale Summer Session in Auvillar, France. This four-week-long program was an intensive study of drawing, painting and studio practice, providing a 24/7 working environment where students could fully investigate and understand the construction of an image while emphasizing the importance of a strong work ethic in the studio.
During the program, Alie used the image of windows to play on the idea of perception. Now, as Alie enters her senior year at the School of Visual Arts in NYC, she is continuing to investigate the emotional significance of spaces, the complexities of a their structures, and the many layers that construct a space.